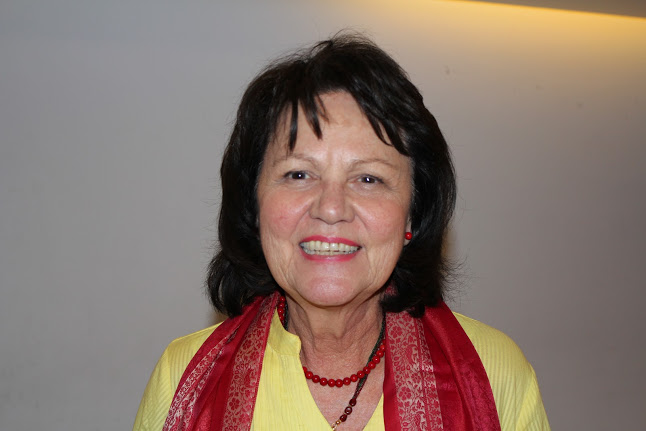 Trisha Caetano received her Bachelor of Science degree from the University of Oregon and continued her studies at Portland State University. She studied ClientCentered Therapy under Carl Rogers at U.C.S.D. and has a background in Regression Therapy, Gestalt Therapy and Psychosynthesis.

Trisha is internationally known as a pioneer in Inner Child Integration and Regression Therapy and has given trainings for medical doctors, psychologists and psychotherapeutic professionals in numerous countries. She was twice elected President of The Association for Regression Research and Therapies Inc., a world wide organization of professionals from 23 different countries with nearly 1,000 members.  The organization was focused on using regression therapy as a therapeutic tool in healing. Prior to her presidency, she was the director of their training team to certify therapists in regression therapy and was part of the three member training team for the first medical training done by Brian Weiss in the United States.

Having worked primarily in the United States, Trisha was invited  to come to the Netherlands in 1990 to do a graduate training in regression therapy for professionals. In a demonstration during the training, she included Inner Child work in the healing and integration part of the session. Seeing this, students and graduates wanted a more in-depth training so the first Inner Child Integration Therapy Training was started in the Netherlands in 1994.  Trisha pioneered this paradigm and she continues to offer training world wide.

In Europe, the prestigious international organization for professional regression therapists, the Earth Association for Regression Therapy, EARTh, has given her the Honorary Life Membership award for her world wide contribution to regression therapy.

Published in professional journals, newsletters and magazines internationally, Trisha has been featured on national and international television and radio programs. She is known as a vibrant and knowledgeable presenter, educator and trainer in the fields of interpersonal and transpersonal development.

She brings energy, humor, insight and empathy to her work. 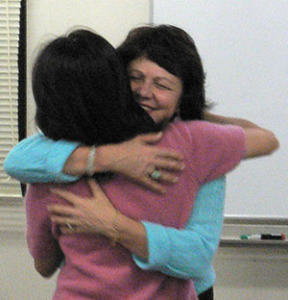 “I never planned any of this!  Institutes, schools and individuals simply heard about what I was doing and invited me to do trainings, seminars, lectures and workshops for their centers all over the United States.

Individuals from other countries attending these presentations began to invite me to the institutes in their countries to do trainings, workshops, seminars and lectures for them.  Since my one addiction is travel, it worked for me!

More important, as I began to travel and experience other cultures, different ways of thinking, unfamiliar viewpoints and family systems, I was forced to stretch who I was to be able to encompass these different realities.

Working in Europe in countries where they were invaded and taken over by a foreign country created a generational impact with issues of shame, rage, sorrow, guilt and powerlessness to a degree that I did not find in the United States.  Although I had worked with Vietnam veterans and post-traumatic stress disorder, it is different when your homes are invaded and your women violated.

Working with people who had been in prisoner of war camps in Indonesia or Germany made it necessary for me to understand and create new models of how to work with this kind of impacted trauma.

Understanding and not judging people from countries with primarily arranged marriages or places where repression of woman was ‘normal’; this was a big step for me.  Seeing how marriages functioned when they were based not on love but on other cultural priorities stretched my awareness.

I am deeply thankful for the many gifts given to me by individuals from these many countries.   It has grounded my nonjudgmental therapeutic approach.  It has taught me understanding and compassion.  These gifts I carry with me through my life.”

Sign up to recieve regular updates of upcoming events and the Inner Child Training Course.